The patriarch told CNS about “walking through the Christian towns of Qaraqosh, Bartella and Karamles and witnessing the extent of devastation as if we had entered ghost towns!”

Graffiti and inscriptions “expressing hatred toward Christian symbols and doctrine were seen everywhere” on walls near streets, outside and inside houses and churches, he wrote.

“Aside from the looting, destruction of and damage to buildings, we discovered that the terrorists, out of hatred to the Christian faith, set fire to most of the buildings, including churches, schools, kindergartens and hospitals,” the patriarch’s message said, noting that only Christian properties were targeted. Syriac Catholic patriarch ‘horrified’ after seeing Iraqi ‘ghost towns,’ By Doreen Abi Raad Catholic News Service

Open Doors, an organization that tracks the persecution of Christians across the world, reported on March 26 2018:

Open Doors, an organization that tracks the persecution of Christians across the world, reported on March 26:

For the first time since ISIS drove Christians from Iraq’s Nineveh Plain in 2014, the Christian village of Qaraqosh is celebrating Easter after many of its families returned. Yesterday, our on-the-ground team was there as thousands of Christians filled the streets to wave palm branches and celebrate Palm Sunday. Today, they meet with believers in the town as they prepare to celebrate Easter together back in their homes after three years of displacement.

During Palm Sunday Mass in Qaraqosh on March 25, Syriac Catholic Patriarch Ignace Joseph III Younan praised his flock for not losing their faith during the nearly three-year genocide campaign at the hands of ISIS.

His comments came while he celebrated mass at the partly destroyed cathedral in Qaraqosh.

“We will remain faithful to our Christian call, and we will remain lovers of our church despite all the horrors that have afflicted us,” the Syriac Catholic patriarch told the faithful. Iraqi Christians Prepare to Celebrate Easter Again in Former Islamic State Territories 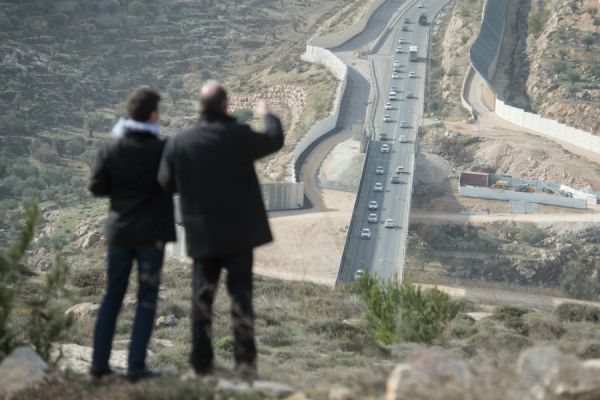