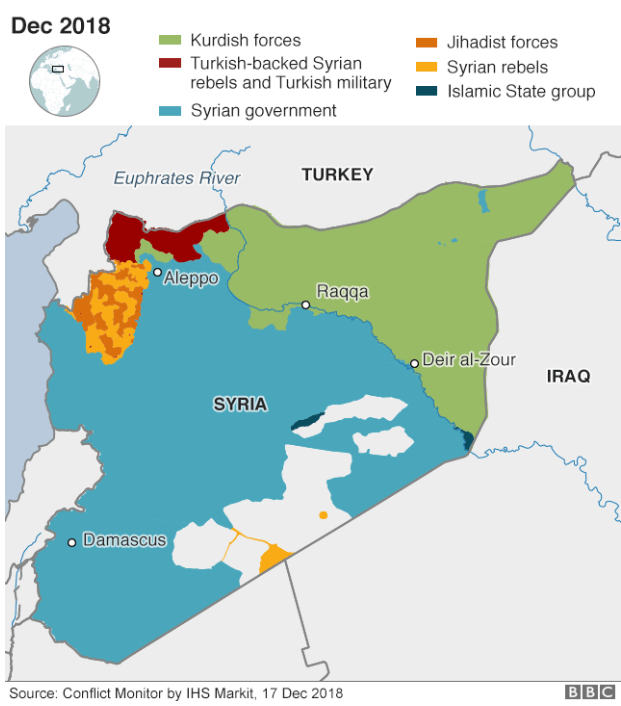 President Trump’s surprise announcement on Wednesday that the 2,000 US troops deployed largely in north-eastern Syria would begin withdrawing immediately was a gift to Turkey, Iran, Syrian President Bashar al-Assad and also a dangerous rejuvenation of ISIS.

Kurdish YPG is a courageous ally of the United States. By supporting the alliance of Kurdish and Arab militias known as the Syrian Democratic Forces (SDF), Washington gained indirect control of half of Syria’s strategic resources. They included many oil fields and dams, and much of its most fertile agricultural land – and leverage in discussions with Mr. Assad and his allies Russia and Iran on the country’s future.

US troops have largely been stationed in the Kurdish region in northern Syria.

Mr. President, by default, a vacuum has become created that would leave the alliance trapped between “hostile parties.” Not a great decision unless he has found a way to bring peace and stability in the region which is highly likely!

The Plight of the Yazidis in Turkey, Syria, Iraq, and Iran

Now the Kurdish militia that dominates the alliance, the People’s Protection Units (YPG) are backed into a corner.

Read more: BBC US withdrawal from Syria leaves Kurd’s backed into a corner.