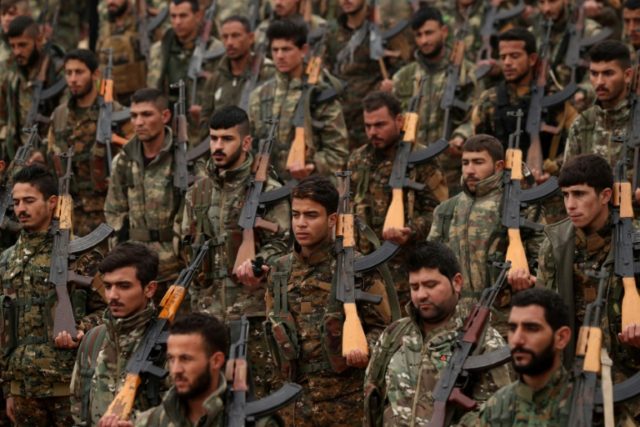 The U.S.-led coalition and its Syrian Democratic Forces (SDF) allies have reduced the so-called Islamic State (ISIS/ISIL) caliphate to a small collection of tents in a tiny village under President Donald Trump’s watch, several news outlets acknowledged this week.

“They try a psychological war. But that is it! The war is over, and we won,” a commander of the U.S.-backed Kurdish fighters declared, asking the Associated Press (AP) that he be identified only by his nom de guerre, Baran, in accordance with SDF rules.

The commander acknowledged that the group is holding a small village and indicated that the U.S.-backed force would wait for the jihadis to run out of resources: “They don’t have supplies in the area they are in that would last for a week or more.”

Yemen war: A look at a 'serious humanitarian crisis'
19 February 2020

Error: (#10) To use "Page Public Content Access", your use of this endpoint must be reviewed and approved by Facebook.
Solution: See here for how to solve this error